Disc golf was first played in Bladworth, Saskatchewan, Canada in 1926. Ronald Gibson and a group of his Bladworth Elementary School buddies played a game of throwing tin lids into 4 foot wide circles drawn into sandy patches on their school grounds. They called the game Tin Lid Golf and played on a fairly regular basis. However, after they grew older and went their separate ways, their game ended. We don’t have the historical connecting dots from Tin Lid Golf 1926 to the beginning of modern disc golf, but it doesn’t mean that they were not there. For all we know, someone from Bladworth Tin lid Golf may have moved to the East Coast of the U.S. for whatever reason and started the pie tin tossing at Yale and other Ivy League universities, we just don’t know.

Disc golf play and competitions that are historically connected to today’s modern disc golf first began in both Canada and the U.S. in the early 1970s. 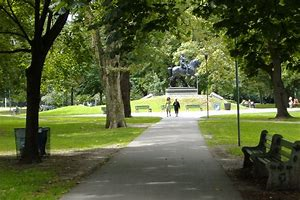 As of 2019, there are over 8000 disc golf courses using PDGA standardized disc pole holes. Before 1975 and the invention of the disc golf target called the disc pole hole, there were only a few mapped disc golf ‘object hole’ courses in the U.S. and Canada. In 1970, you could count the number of designed courses, using the Frisbee to play golf and objects as holes, on one hand. Toronto, ON, Rochester, NY, Berkeley, CA. These were the first designed object disc golf courses that led to modern disc golf in Canada and the United States. All three courses were unaware of the other’s existence. In Canada, beginning in 1970, newly arrived Toronto residents, Ken Westerfield and Jim Kenner (Discraft founder) years before the idea of disc golf courses and the forming of the DGA or the PDGA, played Frisbee golf daily on an 18 object hole course they designed in Queens Park, Toronto. Around 1973, Gail McColl (co-founder of Discraft and Women’s World Champion) and other friends of Ken and Jim’s, became regular players at the park. Westerfield and Kenner added disc golf to their other tournament events at the Canadian Open Frisbee Championships on Toronto Islands and their Vancouver Open Frisbee Championships (NAS sanctioned event) in Stanley Park, Vancouver, BC. 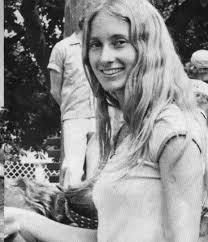 Discraft, founded in the late 1970s by Jim Kenner and Gail McColl in London, Ontario, produced their Sport Disc and ran several disc sports tournaments before moving the company from Canada to its present location in Wixom, Michigan. Discraft produces flying discs for all the disc sports, including the Sky-Styler for freestyle and the Ultra-Star for ultimate. These discs are adopted as the standard for freestyle and ultimate. In 1991, the Ultra-Star was specified as the official disc for UPA and USA Ultimate tournament play. In 2011, the Discraft Ultra-Star and Jim Kenner were inducted into the USA Ultimate Hall of Fame for Special Merit.

The Disc Golf Hall of Fame is an independent organization dedicated to the promotion of disc golf, its premier pioneers, and players. It was founded in 1993 by Lavonne Wolfe of Huntsville, AL. Lavonne also created what is now known as the Headrick Memorial Museum, a collection of memorabilia that help describe the history of our sport, now housed at the International Disc Golf Center in Appling, GA.

Ken Westerfield, Jim Kenner, Gail McColl and Michael Sullivan have all been inducted into the Disc Golf Hall of Fame.

The Disc Golf Hall of Fame induction for Ken Westerfield:

“Ken Westerfield is an icon of disc golf and one of the strongest overall competitors in flying disc sports of all time. His powerful and accurate sidearm throw is widely acknowledged as one of the best the sport has ever seen. He was one of the top players at the emergence of organized disc golf competition. He pioneered the growth of disc golf across Canada. Many Canadian players trace their introduction to disc golf to being mentored by Ken. His contributions are a huge part of the foundation of our sport.”

The Disc Golf Hall of Fame induction for Jim Kenner:

“A modest pioneer in a sometimes flamboyant industry, Jim Kenner has proven himself to be a brilliant innovator in the pursuit of flying disc excellence. Experimenting with both new shapes and materials, Kenner’s development of a unique line of flying discs has been punctuated with the introduction of disc designs so radical and inventive that they mark a turning point in the nature of the game. Though he could easily rest on his laurels as a pivotal developer of disc technology, Jim Kenner continues to contribute to the growth of disc golf as a consistent supporter and sponsor of events and players.”

The Disc Golf Hall of Fame induction for Gail McColl:

“As co-founder and co-owner of Discraft Inc., Gail McColl has been involved from the very birth of the sport and blazed a trail for women in disc sports. With multiple world disc titles to her credit – including the 1978 Women’s World Disc Golf Champion – Gail is recognized as an original pioneer in helping to break the flying disc out of its culturally established role as a toy and into the high-performance sports equipment of today”.

The Disc Golf Hall of Fame induction for Michael Sullivan:

“Michael Sullivan grew up on Toronto Island where he discovered flying disc sports in 1978. By age sixteen, he was the overall Canadian Open Champion. Driven to win, ‘Sully’ was renowned for using superb driving form and power to master a disc golf course. His record includes several World’s top five finishes, World Doubles titles, and the World Games silver medal. As an athlete and as a successful businessman, he exemplifies professionalism. Michael’s love of the game is reflected in his generous contributions towards disc sports in Ontario. He will always be a great player and friend of disc golf.”

1926–Disc golf was first invented in Bladworth, Saskatchewan, Canada.
1970–Queen’s Park, Toronto. Ken Westerfield and Jim Kenner design an object disc golf course.
1972-1985–Canadian Open Frisbee Championships, Toronto and Vancouver Open Frisbee Championships introduced Frisbee and the beginning of competitive disc sports, including disc golf. First as an object course, then using disc golf pole holes.
1979–Discraft Company begins in London, Ontario. Today’s largest disc manufacturer for all disc sports.
1980–The first official 18 disc golf pole hole course is designed and installed on Toronto ‘Wards’ Island, Toronto, ON. Next course was a 9 hole on Pender Island, BC. In 1976, Winskill Park, Tsawwassen, BC, installed a 9 hole disc golf course with disc golf holes homemade by locals. In the 1990s they were replaced with official Mach II pole holes.
1984–Along with the Canadian Open in the 1970s, Ken Westerfield produced PDGA disc golf tournaments in the 1980s on the Toronto Island course. Including the Disc Golf Challenge (1984-1987) and the Toronto Island Open (1984-2012).
1987–World Disc Golf Championships (PDGA), Toronto Islands. This is the only time this annual championship has been played outside of the U.S.

(For a complete timeline of disc sports in Canada)

Note: This information was referenced and time-lined from disc sport historical and biographical articles including U.S. and Canadian Disc Sports Hall of Fame inductions, Disc Sports Player Federations and other historical resources. This article was researched, written and compiled by Frisbee and disc sports historians. The history in this document may change as events and people are added. Linking or reproduction in whole or part with proper crediting is permitted (discsportshistory.com). For more information, contact: discsports@hotmail.com